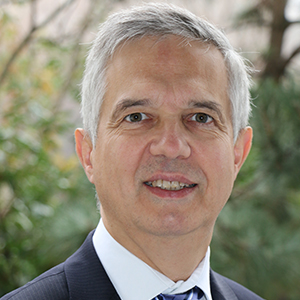 Dominique Baroux is based in Paris, where he is responsible for coordinating AT&T’s regulatory affairs for AT&T’s EMEA (Europe, Middle East and Africa) Region. He is also in charge of Institutional Affairs for France.

Prior to this, Dominique led a group of international experts in telecom areas and, before, he managed the European Satellite Services of AT&T.

Dominique joined AT&T in 1999 from IBM where he had responsibilities in Telecommunication services, System Integrations. He started his career in IBM Labs.