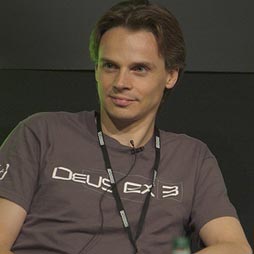 Julien started developing on the Atari Jaguar in 1993 at Shen Technologies in Paris. He then joined Ubisoft Entertainment in 1994 working on Jaguar and PlayStation, PC and M2, and he became lead programmer on a Nintendo 64 project. After having focused on the R&D for the PlayStation 2, Julien became the Worldwide Technical Director of Ubisoft Entertainment in 1999. In this role, he played a major role in Studios creation and organization, technology and production pipeline design, multi-platform strategy, as well as AAA features integration. He also took responsibility for middleware and development strategy, communication and cooperation strategy, and hardware manufacturers and middleware relations. Julien is fond of hardware architectures, gaming technologies and algorithms; he loves designing engine features and production pipelines. At the end of 2005, after having worked extensively on PS3 / XBox360, Julien saw the opportunity to pursue his career at Eidos, where he started to serve as Worldwide CTO working on the Technology Strategy for the Group, as well as initiating Eidos Montreal and Eidos Shanghai Studios. Julien is now Worldwide Technology Director for Square Enix Group, working on a wide variety of Engines and franchises including Tomb Raider, Final Fantasy, Hitman, Deus Ex and Kingdom Hearts. »