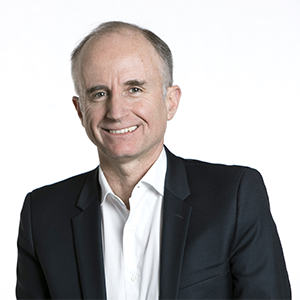 Philippe Vallée has held his current position since September 2016.  Prior to this he was the Company’s Chief Operating Officer, with operational responsibility for all the Company’s businesses (from January 2014 to August 2016), and EVP of Gemalto Telecommunications Business Unit ( from 2007 to-2013). He previously served Gemplus then Gemalto, in a number of roles including various Product and Marketing management roles; SVP Marketing and then President of the Telecom BU, Chief Technology Officer. Besides France, Philippe has served several assignments in Hong Kong and Singapore. Philippe has over 25 years’ experience in the Telecom industry.

He began his career with Matra Communication (now Lagardère Group) as a product manager on the first generation of GSM mobile phones. Philippe has a degree in Engineering (Telecom and Microelectronics) from the Institut National Polytechnique de Grenoble and is a graduate of the ESSEC Business School.