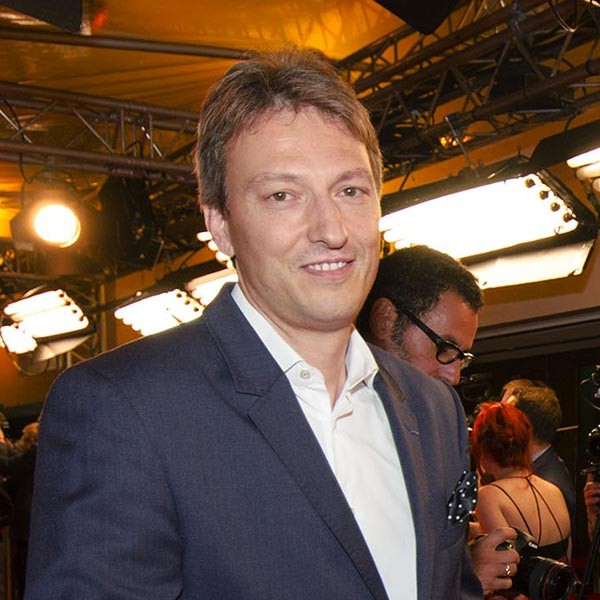 In 1993 Guillaume co-founded 3D and SFX studio ARXEL TRIBE at the age of 21.
Established in Paris, Milan and Ljubljana, the studio grows rapidly to become one of Europe’s premier special effects houses for the advertising industry. Developed with author Paulo Coelho (the Alchemist) and designer Moebius (Tron, The 5th Element), PILGRIM is the company’s first video game. The international breakthrough comes in 1998 with RING, adapted from Richard Wagner’s eponymous Opera. By 2000, ARXEL TRIBE has become a video game publisher; along its own portfolio of in-house created games, the group markets a further range of titles developed by fellow developers from Canada, France and Korea. President CEO of Arxel Tribe, Guillaume is the executive producer of all titles, while leading the publishing structure. He sells Arxel Tribe to Italian distributor CTO Spa in 2001.

Guillaume then joins QUANTIC DREAM in 2003.
Co-CEO of the company, he supervizes all business, legal and production related matters of the studio. He oversees in particular the production of FAHRENHEIT (2005, Atari) and of the two PlayStation 3 exclusive blockbusters HEAVY RAIN (2010, SCE) and BEYOND: Two Souls (2013, SCE) featuring Academy Award nominees Ellen Page and Willem Dafoe.

Guillaume was the founder and President of France’s video game trade body SNJV until 2008. He was then elected Chairman of the European Game Developers Federation (EGDF). In these functions, he convinced the E.U. of video games’ cultural value and successfully lobbied the French government to introduce tax breaks for video game productions. He was re-elected President of SNJV and EGDF in October 2014.

He is board member of the Swiss cultural foundation Pro-Helvetia since 2012 and of the PEGI (Pan European Game Information system).

He was knighted in 2008 in France’s National Order of Merit.