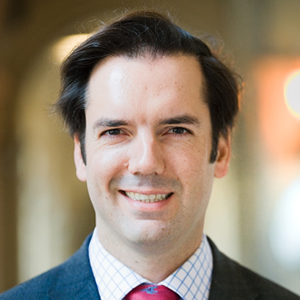 Alexis began his career in the financial services industry, first as an investment banker in New York, then as an equity derivatives and cross-asset strategist in London. He joined the Cnam in 2011 as Professor of Finance and was appointed chair of Cnam’s department of Economics, Finance, Insurance and Banking and its Ecole nationale d’assurances (Enass). After an initial French degree in network engineering, Alexis graduated with a Master’s in Engineering-Economics Systems and a PhD in Management Science from Stanford University. An avid technologist, he has also studied artificial intelligence in Japan. Alexis is a member of Cnam’s LIRSA (EA 4603) research center and sits on Labex Refi’s Scientific Advisory Board.

Particularly interested in the digital transformation of financial services and the insurance industry, his current research focuses on how blockchain / distributed leger technology (DLT) and smart contracts could transform the global financial infrastructure and e-commerce. He is the scientific director of Cnam’s SciChain initiative.