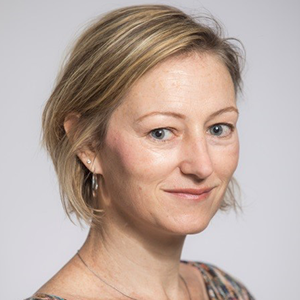 After studying political sciences and international relations in France and in the US (IEP de Grenoble, Sciences Po Paris, University of California, San Diego), Astrid began her career at the French Embassy in the United States, within the Office of Science and Technology in 1999, before joining Arianespace, where she was in charge of international and European cooperation projects. She joined Eutelsat group in 2003 and first managed institutional relations in France. As Director of International Affairs, she is now involved in developing relations with governments, the ITU and providing support to Eutelsat projects in Africa.