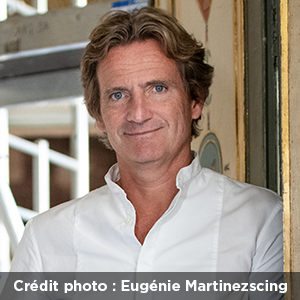 2019 Edition, 20 novembre / European policies committed to make the most of the digital

In 1997, he founded Selftrade, pioneer in online French brokerage, listed on Euronext in 2000, sold to Dab Bank then acquired by Boursorama. It is now one of Europe’s largest execution-only stockbrokers, providing private investors with a wide range of investment services.

In 2002, Charles founded Poweo, first independent electricity and gas provider in France, listed on Euronext in 2004. In 2009, Poweo generated €+500m in revenues and was sold to Verbund then Direct Energie which was finally acquired by Total, leading oil & gas company, for €1.4B.

In 2007, Charles founded AgroGeneration with Charles Vilgrain, CEO. Today AgroGeneration is ranked amongst some of the largest agro-holding company in Ukraine. The company’s core business is grains and oil commodity crop farming.

Charles has invested and co-founded more than 40 companies through Gravitation his personal investment holding. Gravitation portfolio is composed of successful tech and deep tech companies such as:

Charles Beigbeder has been involved in several initiatives linked to companies and city life. President of the association CroissancePlus, a gathering of high-growth companies, then member of the Executive Board and President of the MEDEF Entrepreneurship Board.