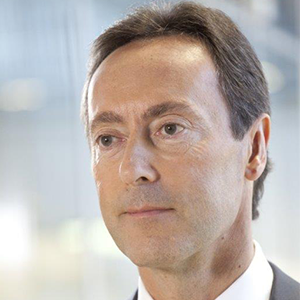 “Liberté, égalité, sécurité: unleash the power of your data”

• Before joining Palantir, Fabrice Brégier was President of Airbus Commercial Aircraft, Airbus Chief
Operating Officer and member of Airbus Group Executive Committee.
• Fabrice Brégier started his career in 1983 as an engineer in a nuclear power station, then with
Péchiney in Japan in 1984. In 1986, he joined the French Ministry of Industry and was then
appointed Director of Economic and Financial Affairs with the French Ministry of Agriculture in
1989.
• Mr. Brégier started a career in Aerospace & Defense in 1993 when he joined Matra as Director
of large Defense programs. He was appointed CEO of MBDA in 2001, following the joint creation
of the group by Aérospatiale Matra, British Aerospace and Finmeccanica.
• In 2003, Fabrice Brégier became President and CEO of the Eurocopter Group and was appointed
Head of EADS’ Eurocopter Division in June 2005.
• Mr. Brégier was appointed Airbus Chief Operating Officer (COO) in October 2006. As a member
of the Executive Committee, he was commissioned to improve Airbus overall operational
performance, his responsibilities ranging from Operations, Engineering and Procurement, and
the A350 XWB programme.
• Mr. Brégier graduated from the École Polytechnique in 1980 and from the École des Mines. He
was born in 1961 in Dijon, France.