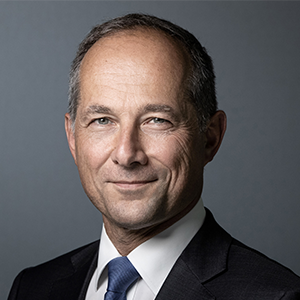 Born in 1963. Frédéric Oudéa is a graduate of the Ecole Polytechnique and the Ecole Nationale d’Administration.
From 1987 to 1995, Frédéric Oudéa held various positions in the French senior civil service (Audit department of the Ministry of Finance, Ministry of Economy and Finance, Budget Ministry, Private Office of the Minister of Budget and Communication). In 1995, he joined Societe Generale and in 1996 he was appointed Deputy Head then Head of the bank’s Corporate Banking arm in London. In 1998, he became Head of Global Supervisory and Development of the Equities division. In May 2002, he was named Deputy Chief Financial Officer of Societe Generale Group. He became Chief Financial Officer of the Group in January 2003. In 2008 he was appointed CEO of the Group, before becoming Chairman and Chief Executive Officer in 2009. Following the regulatory split between the roles of chairman and chief executive, he was appointed Chief Executive Officer in May 2015. In 2010 he was named Chairman of the Steering Committee on Regulatory Capital (“SCRC”) at the Institute of International Finance (“IIF”).