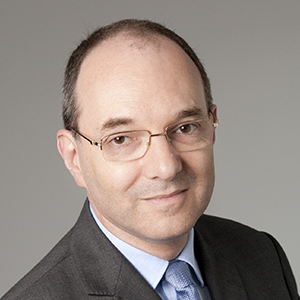 Gilles Brégant graduated from Ecole Polytechnique (1986) and from Telecom ParisTech (1988). Following a 8-year-career at France Telecom research center, Gilles Brégant was appointed technical adviser to the Minister in charge of Research (1996-1997). He had to coordinate international projects and themes in relation with information technology. He then worked for the department of trade and industry in charge of the Prospective department in the ICT service. He was appointed secretary general of the ministerial task force “Digital Economy” (2001-2005) within the French Ministry for Economy. He was then appointed “Director of Technologies” of Conseil supérieur de l’audiovisuel (the French Media Regulator) in 2005. Gilles Brégant is the CEO of the French spectrum agency (ANFR) since 2011. He chaired the European Radio Spectrum Policy Group (2012-2015).