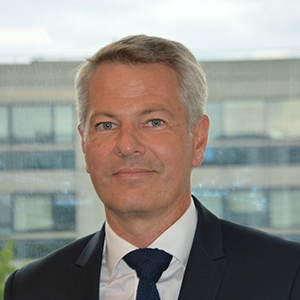 Guillaume de Lavallade began his career as a GSM pre-sales engineer at Nortel Networks, from 1997 to 1999. He subsequently spent 3 years ago as strategy consultant with the Boston Consulting Group. In 2002, he was appointed director of a business unit at Thomson, then in the joint venture created with the Chinese company, TCL.

He joined SFR in 2007 as Network Marketing Director, before becoming B-to-B Customer Relations Manager and finally, in 2015, B-to-B General Manager.

Guillaume de Lavallade is a graduate from Supélec and Sciences Po Paris.