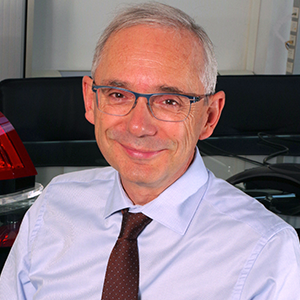 Guillaume Devauchelle has been Vice-President, Innovation and Scientific Development of the Valeo Group for the past five years. Prior to this, he headed up the Group’s R&D teams starting in 2004.

Guillaume joined the Valeo Group in 2000 following the acquisition of Sylea, where he had served as Senior Vice-President. Since graduating from École Centrale de Paris in 1981,
he has spent his entire career in the aerospace and automotive equipment industries.

He is a member of the French Academy of Technologies.

Guillaume is particularly involved in public-private research initiatives in his capacity as: