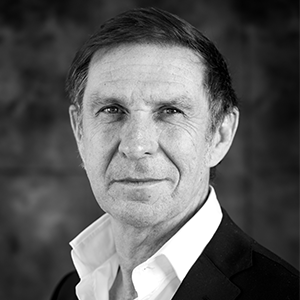 Graduated from HEC in 1984, Hervé Navellou began his career at L’Oréal in Venezuela. He then managed the Garnier brand in Belgium before taking over L’Oréal Paris in Germany in 1994 for four years. In 1998, he returned to Latin America to become head of the area’s Consumer Products Division. Among other things, its missions are to revitalize the L’Oréal Paris brand and launch Garnier on the sub-continent. From 2002 to 2005, he was head of the Biotherm brand worldwide, then head of the Consumer Products Division in Asia, where he supported L’Oréal Paris’ growth in the Chinese market and Maybelline. In 2008, he took over the management of the L’Oréal subsidiary in Mexico, where he modernized its operations, thus enabling the brands to strengthen their position in the country.
In 2010, he joined the Consumer Products Division France (the Group’s strategic and emblematic division, which includes the brands distributed in mass distribution: L’Oréal Paris, Garnier and Gemey-Maybelline but also Dop, Franck Provost, Jacques Dessange, Jean Louis David, Mennen, Mixa, Narta, Ushuaïa, Vittel…) and in 2013, he expanded his scope by becoming Director of this same division for the entire Western Europe region.
In September 2015, Hervé Navellou was appointed Managing Director France, a position specially designed « to better seize all strategic development opportunities » in the country.