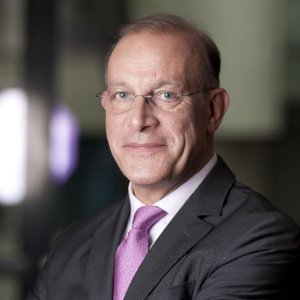 Jean-François Bureau, graduate of the Institut d’Etudes politiques de Paris (1974) and Sorbonne faculty in political science (1977), began his career at the National Assembly as advisor to the Defence Committee, then joined in the private office of France’s Ministry of Defence where he was advisor for political affairs from 1983 to 1985.

He subsequently carried out various responsibilities at the Ministry of the Interior, including as sub-prefect and civil administrator from 1985 to 1991 before joining back the Minister of Defence private office as advisor from January to September 1991.

From 1991 to 1994 he acted as a counsellor in the secretariat-general of the Presidency of the French Republic, and from 1994 to 1998 was a rapporteur at France’s Court of Auditors (Cour des Comptes), dealing with defence and industry issues.

In 1998, Jean-François Bureau set up the Communications and Information Directorate at France’s Ministry of Defence, which he managed until 2007, in addition to acting as the Ministry of Defense spokesman.

From 2007 to 2010, he was NATO Assistant Secretary General, in charge of Public Diplomacy.

He was a General Controller at France’s Ministry of Defence from July 2010 to October 2011, when he joined Eutelsat as Director, in charge of Institutional and International Affairs.