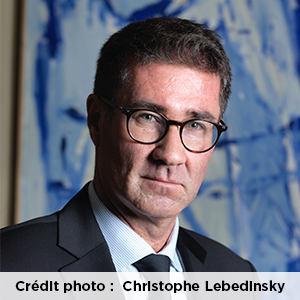 2019 Edition, 20 novembre / European policies committed to make the most of the digital

Previously, he was in charge on the industry practice of the General Secretary for Investissement, a service of French Prime Minister, where he managed a 10b€+ portfolio, targeting funding and investment opportunities. Between 2010 and 2012, he was Advisor for industrial affairs to the French Defense Minister. In 2009, he was the CEO of Sephira, a start-up providing embedded software solutions for the heathcare industry. Between 1999 and 2009, he held different managerial positions within the Technicolor group, in Paris, Los Angeles as well as in San Francisco. Jean-Luc started his career with the French finance and economy ministry.

Jean-Luc graduated from the Ecole polytechnique and from the French «Corps des Mines ».