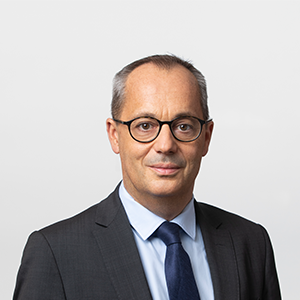 Jérôme leads GE Renewable Energy, reporting to CEO Larry Culp and based in Paris. The business has one of the broadest renewables technology portfolios in the industry, including onshore and offshore wind, wind turbine blades, hydropower, hybrid renewables, digital services and grid solutions. He is a Senior Vice-President of GE and member of GE’s Energy Transition steering committee, helping to develop the company’s strategy to support the decarbonization of the energy sector.

Jérôme joined GE in 2015, from Alstom, when he was named the first CEO of GE’s newly formed Renewable Energy business. Under his leadership, Renewable Energy has grown to $15B in revenues and an installed base of 400GW generating clean energy for its customers. It has also acquired LM Wind Power, launched the Haliade-X, the world’s most powerful offshore wind turbine, and grown internationally.

Prior to joining GE, Jérôme was appointed President of Alstom Renewable Power Sector and Executive Vice-President of Alstom, in June 2011. He created Alstom’s Renewable Power business which had almost 10,000 employees and sales of around €2 billion. He joined Alstom from Imerys, where he held several positions during his 12 years, starting with Vice-President Strategy and Development until being appointed Chief Operating Officer in 2008. Prior to this, he was with Crédit Suisse First Boston from 1992.

Jérôme is a graduate of the Ecole Polytechnique and Corps des Ponts & Chaussées.