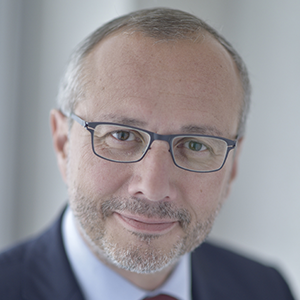 “Europe and France have the capacity to regain their digital sovereignty”

Several experiences as an advisor to French Ministers, among which Defence and Industrial Affairs Advisor to Lionel Jospin (Prime Minister) (1997-1999) and Deputy Director of the civil and military cabinet of Alain Richard (Minister of Defence) (1999–2001).

Deputy CEO at Sopra Steria since 2013.

Other roles: Board Member of Défense Conseil International since 2012, Vice-Chairman of the Conseil Général de l’Armement (General Armament Council) since 2016, Chairman of the Fédération Syntec (representing the French IT, Engineering and Consulting companies and their 900 000 employees) since 2018.

(French Armament in the 20th century: a policy challenged by history)