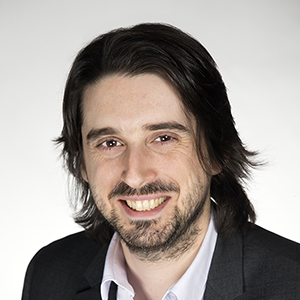 Graduated from Ecole Centrale Paris and holder of a Master’s Degree in Philosophy, Lévan Sardjevéladzé is developer and game designer.

He is the founder and manager of Celsius online. Celsius online is an independant studio based in Paris and has been developing games since 2004. Their first game, Renaissance Kingdoms, has been internationally acclaimed and translated in 25 languages. In ten years, it has become the first web-based role-playing game in Europe. Celsius online has launched a new strategy game in 2014, March of History, which has received the Ping Award for the Best Web and Social Game and it has released Celsius Heroes in 2015, its first game designed to be played on web browsers, smartphones and tablets.