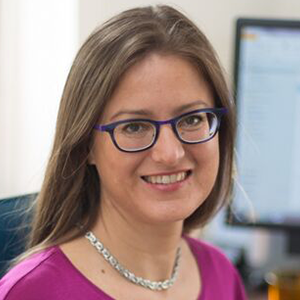 Head of the Department for Legal Information

Maja Cappello joined the European Audiovisual Observatory in Strasbourg as Head of the Department for Legal Information in 2014. Set up in December 1992, the Observatory’s mission is to gather and diffuse information on the audiovisual industry in Europe. The Observatory operates within the legal framework of the Council of Europe as a European public service body comprised of 40 member states and the EU, represented by the European Commission.
Before joining the Observatory, Maja Cappello previously worked for the Italian regulator AGCOM from 1998 and was Head of AGCOM’s Digital Rights Unit of the Media Services Directorate. She was also Vice President of EPRA (European Platform of Regulatory Authorities) from 2011 to 2014.
Italian-Norwegian mother tongue, she deals with audiovisual regulatory issues at European level, both contributing to international conferences and committees, and participating as expert in EU and Council of Europe cooperation projects. She is author of articles and speeches in the areas of audiovisual media services, media pluralism, copyright and consumer protection and holds an LLM in EU law and a PhD in European social law after graduating in Law in 1994. She has been lecturing in Media law at University level (Bachelor, Master and PhD) since 2001.