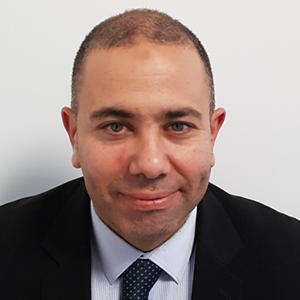 Ministry of Technologies and Digital Economy

M. Mhamed DALLA has been assigned since 2016 as the Senior Advisor to the Minister of Communication Technologies and Digital Economy; Head of the Bureau of International Cooperation and Foreign Relations and responsible of Startup Africa Program within Smart Africa Alliance.

In 1995, he began his career in ICT sector, while multiplying his experiences as a consultant for major international groups and created several startups in this field.

In 2015, after 8 years of experience as Head of a company of computer engineering services (a subsidiary of a group of 1,200 international consultants), he invested in a new project and conducted research studies on the ecosystem of start-ups in Africa.

Mr Dalla holds a degree in Telecommunication Engineering, a Master in Information System and a Master of Research in Socio-Economic Management.
Thanks to his experience, he joined the Tunisian government in 2016 as a Special Advisor.

2013-2016: Vice President of ACEPT: Association of Head of Enterprises of the Tunisian Techno-Parks.