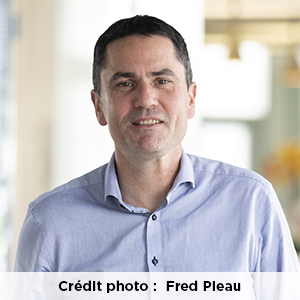 Michel is a graduate of the Ecole Nationale Supérieure de Techniques Avancées (ENSTA) and holds an Executive MBA from ESC Rennes. He began his career with a services company in Paris, before joining Alcatel in Rennes to take charge of various projects in the telecoms field, followed by the digital television field at Teamlog and Thomson. In charge of Business Development in Images & Réseaux cluster since 2009, he was leading ImaginLab, the first 4G LTE open innovation plateform in France. He also took an active part in the cluster’s development at European level especially in Future Internet program. His skills range from technical expertise to product marketing, via project and platform management.

He joined b<>com in 2013 as Director of Infrastructure and Technology before being appointed Director of Networks & Security in June 2014 and then Director of Operations in 2019. This cross-functional department, in charge of Cloud architectures and platforms, manages the Horizon Europe and PIA France projects of the IRT.