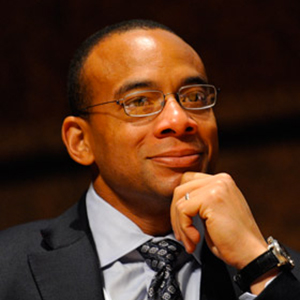 Terry Denson is Vice President, Content Strategy & Acquisition for Verizon Communications. He is responsible for Verizon’s content strategies and acquisition across all platforms including FiOS TV, Broadband, Verizon Wireless and Redbox Instant by Verizon (Verizon’s joint venture with Redbox).

He previously was vice president of Programming and Marketing, a position he was named to in August 2004 when he joined Verizon. In that position, Denson oversaw the creation and implementation of FiOS TV’s content packaging, pricing and marketing strategies and video content acquisitions.

Prior to joining Verizon, Denson served as vice president of programming for Insight Communications where he led the acquisition of programming, in addition to the development of analog, digital, video-on-demand, high definition TV, Broadband and interactive content strategies.

Previously, as director of business development for the Affiliate Sales and Marketing department of MTV Networks, a division of Viacom International, he negotiated affiliation agreements.

As general attorney for ABC, he managed numerous content rights and distribution matters.

A graduate of Harvard University, Denson holds a J.D. degree from Georgetown University.